How to Text a Shy Girl – make her attracted to you 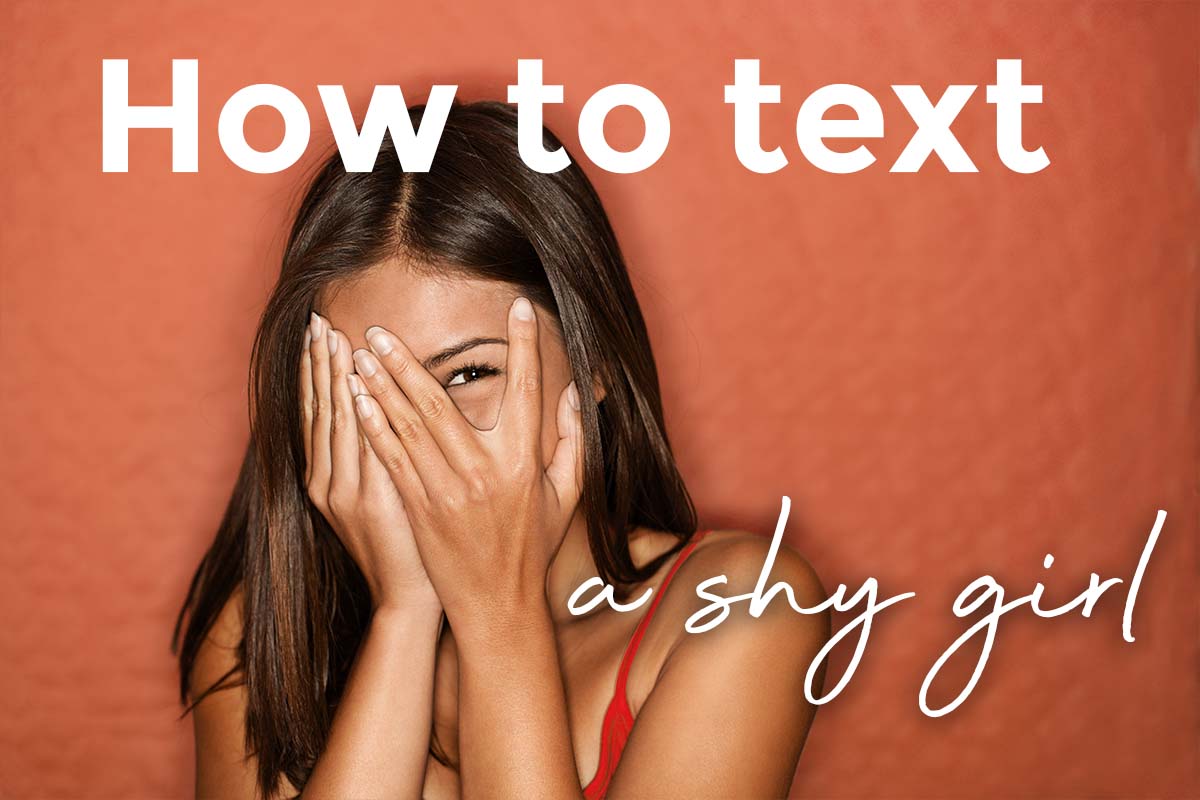 When you think about how to text a shy girl, you may find yourself in a quite challenging situation. It can be because these girls open up slower, they don’t provide as much positive feedback about how much they like you, and they usually need a lot of reinforcements even though they don’t bring it up directly.

In this blog post, I’ll cover how to text a shy girl to make her like you more, create a better, more comfortable atmosphere throughout the conversations, and ultimately make her become interested in you and also attracted to you.

We will also briefly look at those conversational elements you should avoid with shy girls.

How to text a shy girl?

How to text a shy girl? 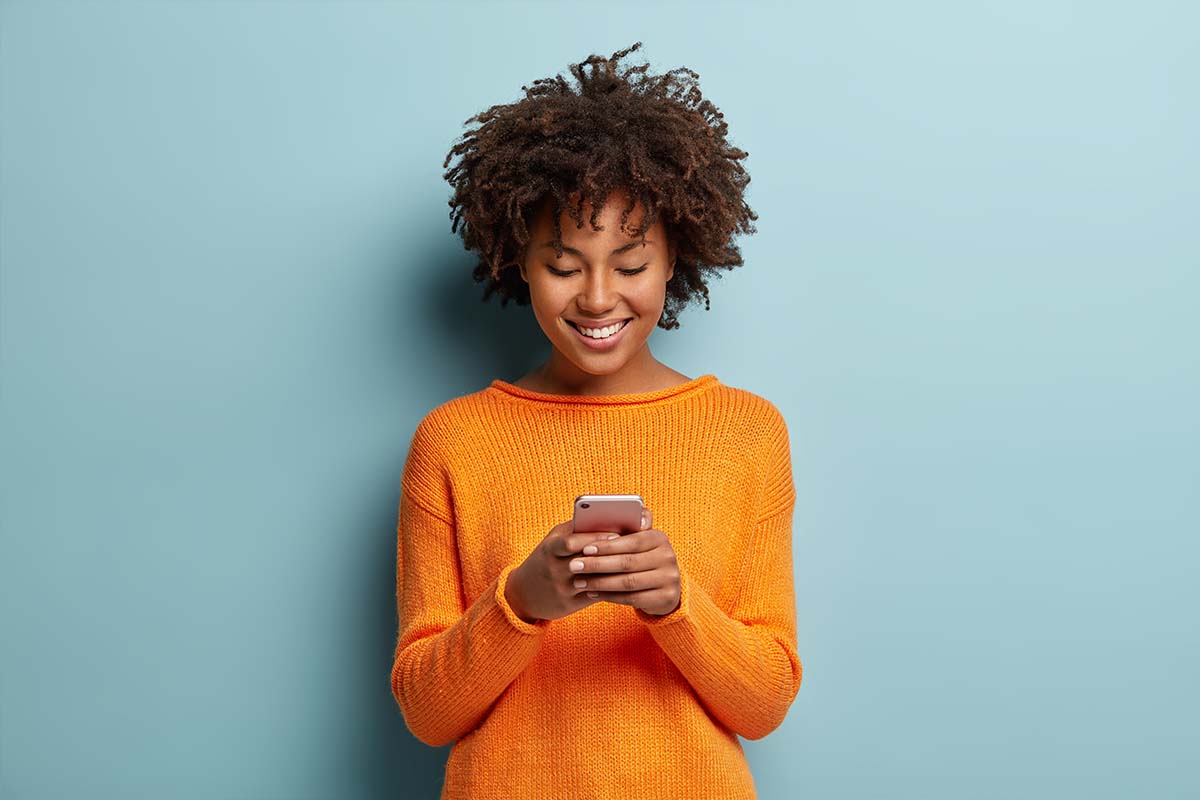 Shy girls usually find it hard to open up, especially in the early phases of texting. Many of them prefer listening to talking, and that’s why they are great listeners.

If the girl you are texting to likes to listen to you more than texting, she will appreciate it if you compliment her on how good a listener she is. 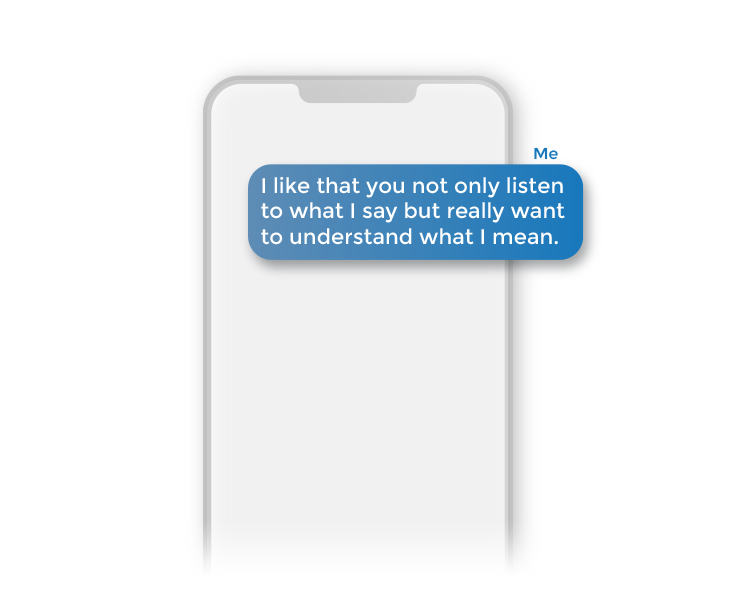 Avoid small talk as much as possible

Shy, introverted women don’t dislike interactions with guys, but they prefer to talk about more profound, more engaging topics rather than discuss their day and text about the weather. These girls usually don’t tolerate small talk as much as others. When you first start texting a shy girl, some small talk may be unavoidable as you look for a topic she wants to discuss. It’s fine to delve deeper once you’ve found one.

“Who is your favorite writer?”

“What is the movie you have learned the most from?”

“Who had the biggest impression on you when you were a child?”

“What is the one memory that was embarrassing at that moment, but you find it funny now?”

Choose topics she likes to talk about

Before or while you text the girl, keep in mind what she does well or what she is into. If you know where she came from or things she is interested in, use this to make conversation. This helps ensure that you have something to talk about.

Take the lead in the conversation, but don’t overdo it

Whenever you feel that the girl is being less-talkative because she may be shy and can’t come up with ideas to continue the conversation, it definitely helps if you take the lead and carry most of the conversation.

Use your emotional intelligence to evaluate how much you should text her. Don’t bombard her with messages because it may make her uncomfortable. Also, don’t send her multiple messages in a row even if she doesn’t reply instantly. Sometimes shy girls aren’t in the mood to talk, and they won’t tell you face to face.

Even if she seems timid, a healthy conversation is about two individuals taking part in it, so try to find topics you and she enjoy and contribute to as well. Don’t force any topic she turns out to be uninterested in because you can find yourself in a conversation where she only replies out of politeness.

Dig deeper instead of asking questions that only require one or two-word answers. Since this girl may tend to dislike small talk, ask her questions that will help you get to know her better. With this technique, you allow her to talk about herself. Ask things like: "So, why'd you decide to come to this school?", "How do you get up so early to work out every day?"

A shy girl may feel uncomfortable texting about herself, but she may enjoy having conversations about other subjects. You can get to know her by asking for suggestions for books, series, events, films, or activities. If it turns out that she likes reading a book, you can ask for a recommendation in the same genre if you're interested in it.

Ask about her hobbies

You and she may have more in common than you first realize. Ask about the activities she enjoys doing in her free time. Share your free time activities and interests as well.

Show your vulnerable side

When you text a shy girl, she might be sensitive to your feelings and emotions. Because of their sensitivity and listening skills, shy girls are caring toward others and interested in how others feel.

Shy girls can open up more quickly if you show them your true feelings and vulnerabilities.

Being vulnerable requires being open and honest about your flaws. Vulnerability, paradoxically, demonstrates someone’s confidence and self-acceptance which is highly attractive to women. It’s because only the most self-assured men are willing to expose their flaws and are strong enough not to rely on the approval of others. To show your vulnerable side, tell a girl about your bad habits or awkward situations in a lighthearted manner. 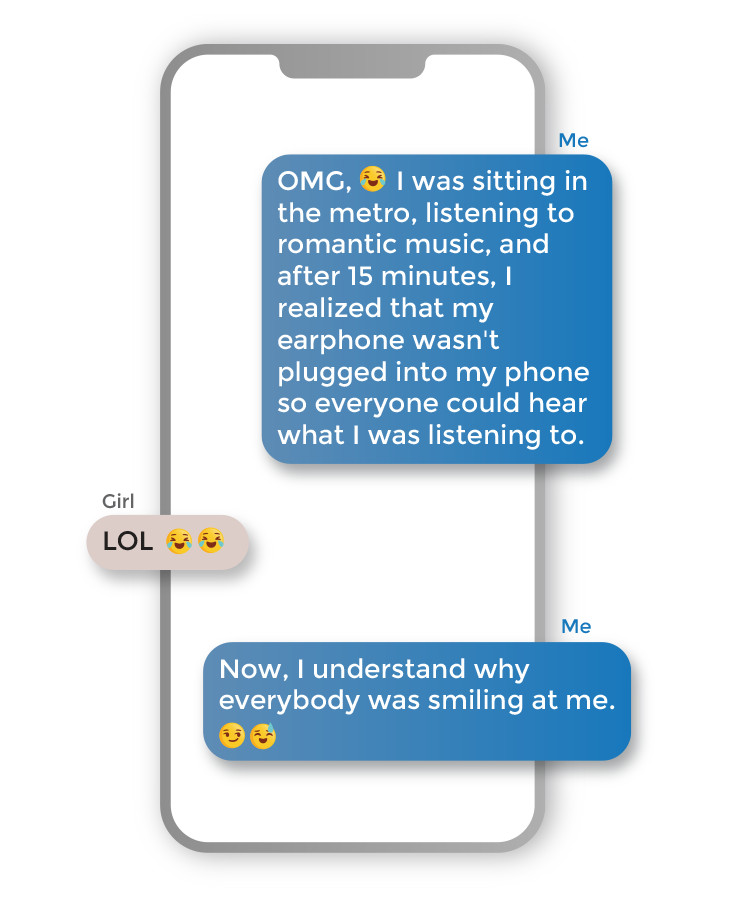 Try to hit on a topic she wants to talk about

Shyness makes it difficult to think about what to say or text, but most people find it easy to talk about topics that interest them. If she enjoys cooking, all you have to do is tell her about your worst kitchen disasters or your best attempts. She will almost certainly respond to it. Try to connect with one of those interests, and she should have an easier time communicating with you.

Try to communicate that you’re friendly, you like this girl, and enjoy talking to her. Send her emojis, GIFs and funny photos to make the conversation more casual.

Sincerely compliment her when it’s appropriate, like if she said something funny or insightful. Shyer people can be quick to believe they’re coming across as unlikeable or uninteresting.

They easily take a normally neutral message like “You look interesting in this photo” as a sign of dislike or judgment. That’s why you should be precautious with adjectives like “interesting,” “funny,” or “shocking” that can convey multiple (positive and negative) meanings. Instead, you should use on-point words, like “awesome,” “cool,” or “brilliant.”

Shy girls regularly compare themselves to their extroverted, popular peers. These girls avoid social situations because they believe others are constantly passing judgment on them, preventing them from improving their social skills.

That’s why when you text a shy girl, even if she doesn’t say it, she needs reinforcements about her attractive looks, charming personality or great social skills (i.e., she is a great listener, she has a high emotional intelligence). 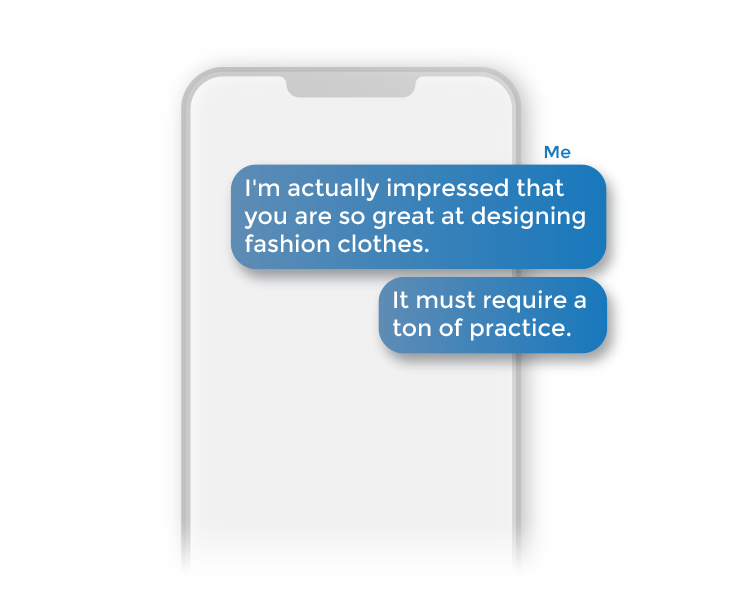 As with every other tip, don’t overdo complimenting her because it can be weird.

How not to text a shy girl?

There are some cautions when it comes to texting shy girls. Here are the most important things you should avoid with almost all shy girls you text.

I think many shy women have experienced that other people getting annoyed at them because they were quiet and passive. But that’s exactly what they do; they don’t say much. It’s not because they’re angry or because they’re trying to kill the fun vibes during messaging. They’re just a little withdrawn at first and need some time to warm up to the guys they’re talking to, or it’s their natural style to stand back and watch. 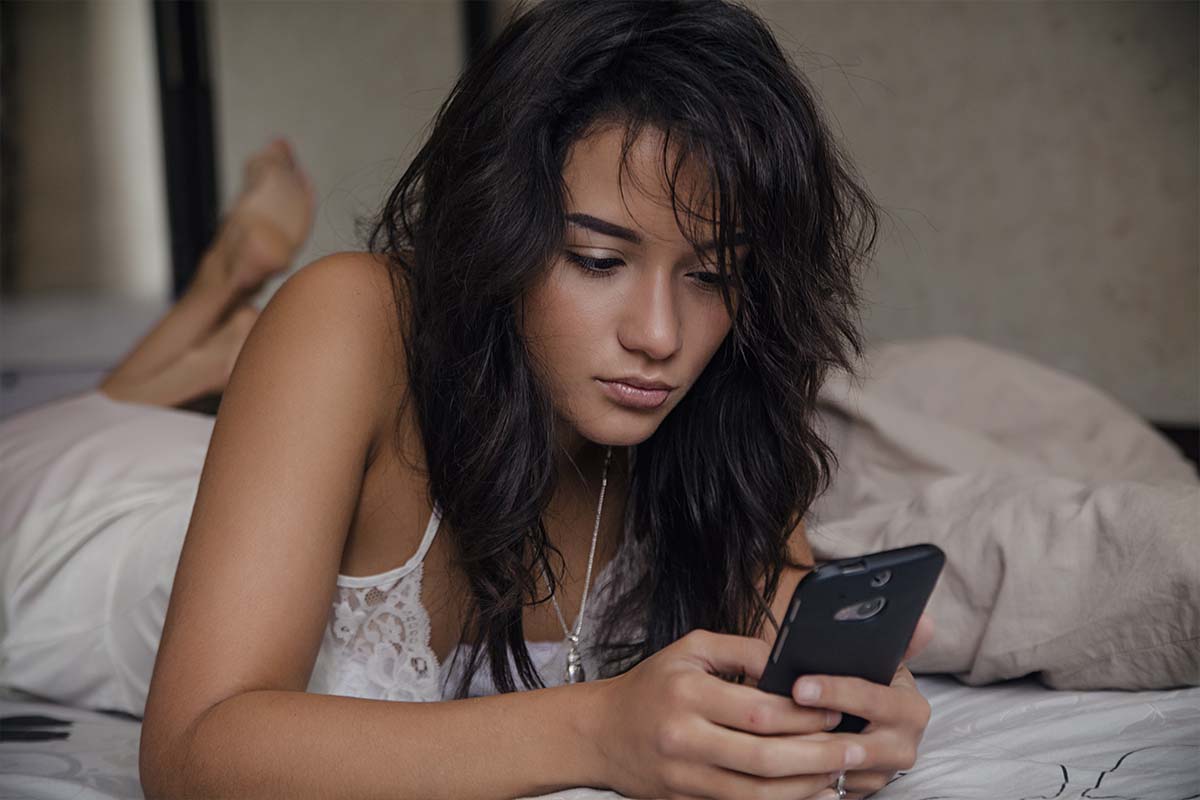 So, don’t think that their timidness is about you; try to remove your negative emotions from the equation and instead focus on her: her thoughts, attitude, and stories.

Don’t bring up her shyness

Shy and quiet people hate when they are reminded about this personality trait because it’s not only rude but also signals that it’s not okay to be a bit withdrawn.

Don’t say anything negative about her shy behavior because chances are she doesn’t want to hang out with someone who doesn’t accept her. Also, don’t bring up her shyness as a positive trait because it may come off as an attempt to overcompensate some negative opinions about this kind of personality. Reminding a girl about her shyness in any way can make her nervous and feel rejected even if you had good intentions.

No one likes pushy guys, but that’s even truer to shy girls. Since these girls don’t like confrontation, they have a more difficult time to manage others’ inappropriate behaviors.

Pushy and assertive behavior can be effective at times; it signals confidence and power. However, many girls think pushy guys are scary. Be confident and decisive; take the lead throughout the conversation but don’t force things. For example, if you asked her out and she said she isn’t free, text her that it’s cool, and maybe later you come back to this topic.

Many times, introverted girls need to spend time alone to recharge their batteries, so expect she won’t respond to hours to your messages. This has nothing to do with you; likely, you didn’t screw it up. It’s about her. She probably needs some quality time alone. Some people are satisfied after a few hours of social time, so maybe after a workday, she doesn’t want to do something else after. It doesn’t mean she rejects you.

How to make a shy girl text you back?

Every girl forgets to text back to guys, friends, and even family members from time to time. First and foremost, don’t complain about it. If she feels that it hurts you, she will think that you are emotionally invested in her, which is an unattractive trait.

Instead, stay lighthearted and funny, and text such things that provoke positive emotions in her and make her curious enough to text back: 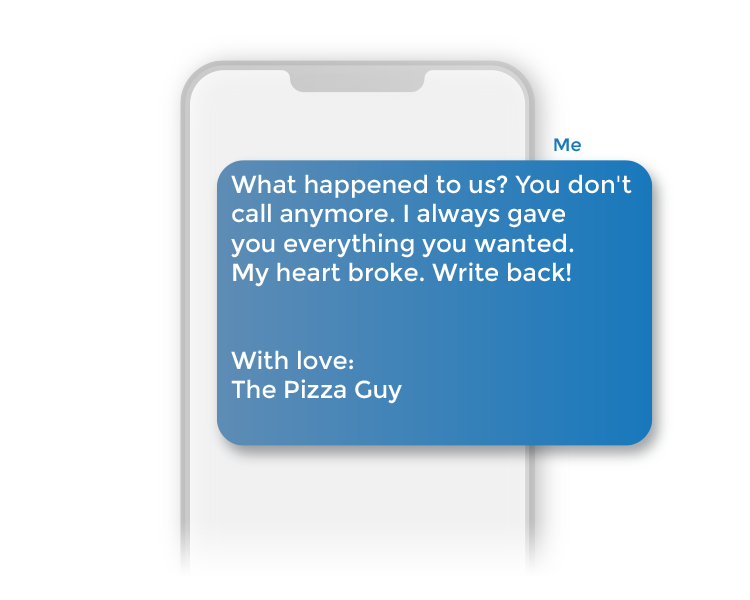 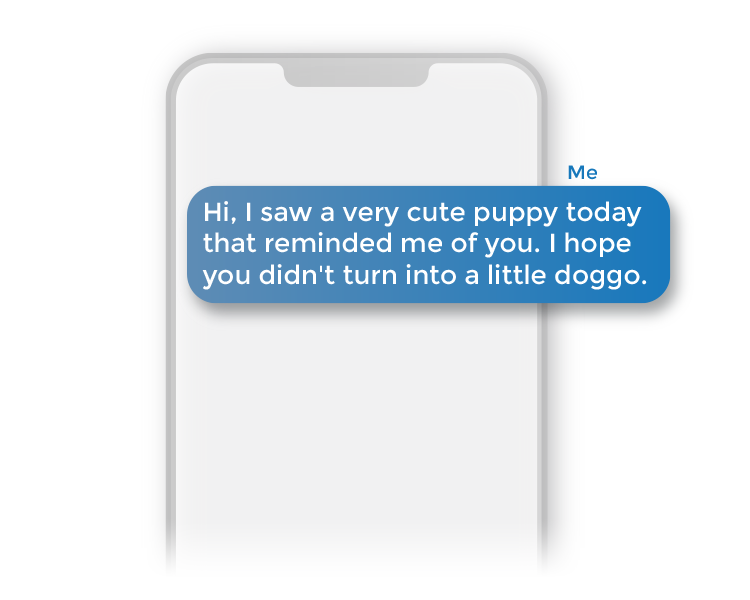 Don’t tease her (too hard)

Teasing is basically a fun power game between you where you use derogatory techniques to make fun of her. The goal of teasing is not to oppress girls but to make them look a bit silly while showing your care and affection towards them.

Since shy girls are more sensitive to judgment, they might take teasing seriously, leading them to feel negative emotions.

Teasing can still be an excellent texting tool even with shy girls, but you should use it at a minimum level. 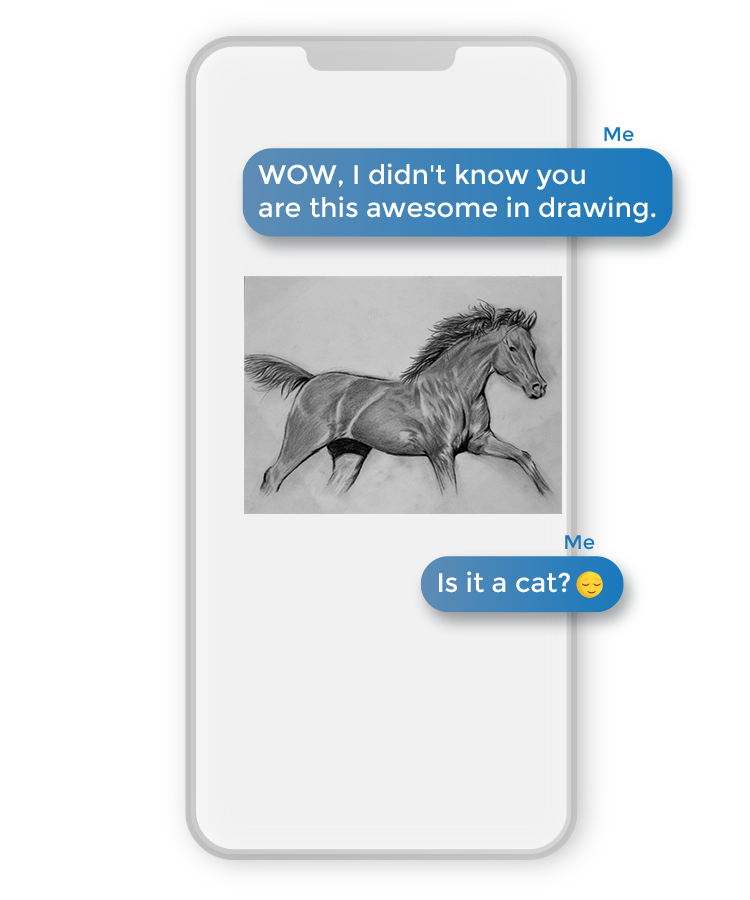 ← Prev: How to Text a Girl During the Day - 10 awesome tips Next: How to Ask a Girl for a Second Date - don't skip these steps →