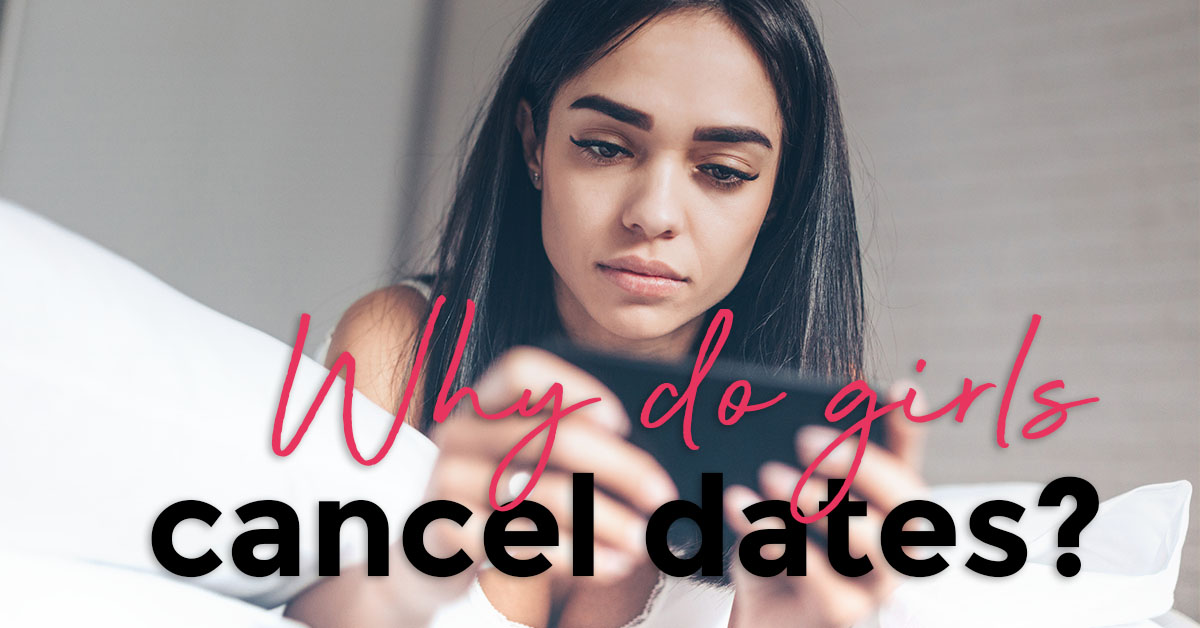 You are probably in a situation where a girl you like has canceled the date, and you are unsure what to do. Contrary to most men, girls can be flaky after they agreed to meet you in person. In this post, I’m not only going to show you the most frequent reasons why girls cancel dates, but we will also discuss the effective ways to avoid it.

Why do women cancel dates?

The most common reason women cancel dates is that they are no longer in the same emotional state as when they accepted the invitation. This is why convincing a girl on a conscious level usually fails. Instead, change her mood, engage her in a great conversation and ask her out again later.

When a girl agreed to hang out with you, you’ve already done a great job. But frankly, it doesn’t really matter if she’d said yes or no. At the end of the day, the only thing that matters whether she goes out with you or not.

I will show you the 4 most common reasons and their solutions why she changed her mind and canceled the date. The first 3 are 100% in your control; the fourth is only partially. But we will discuss some ways to tackle this problem too.

You couldn’t keep her interest high enough until the date

There is a principle about women’s attraction:

Women’s attraction is like fire. If you don’t add fuel to it, it will disappear eventually.

Chances are, she likes talking to you and is somewhat attracted or at least interested in you. However, when the date arrived, she became hesitant and canceled it. In case she didn’t come up with a legit excuse, assume she just doesn’t feel excited enough to go out with you.

Analyze why she canceled the date

If until this point you texted her on Tinder, Facebook Messenger, Instagram, etc., you can quickly analyze what exactly happened. Take a look at the part of the conversation where you asked her out.

What was her reaction?

In case she was excited about the invitation, you must have made a few mistakes after you asked her out.

If she sent a modest answer, like “okay, I think it can work”, the root of the problem may be the whole conversation.

The better instance is the first, of course. In this case, you only need to pay attention to what you text to the girl AFTER you asked her out.

How to keep a girl’s interest high after you asked her out?

I’ve seen many guys committing the mistake that after the girl agreed to see them in person, they thought the job’s done, the work is over.

But that’s just not the case. Because attraction is consistently decreasing, you have to maintain women’s high attraction level even after they’ve accepted your date invitation.

The more amount of positive emotions a girl feels with you, the more emotional bond will form between the two of you over time. You don’t have to be super funny to elicit strong and positive emotions in her. Most of the time, exciting stories, funny situations you got into can also be perfect topics to talk about. You can also be challenging and funny at the same time. Women love guys who play “hard-to-get” in a funny way: 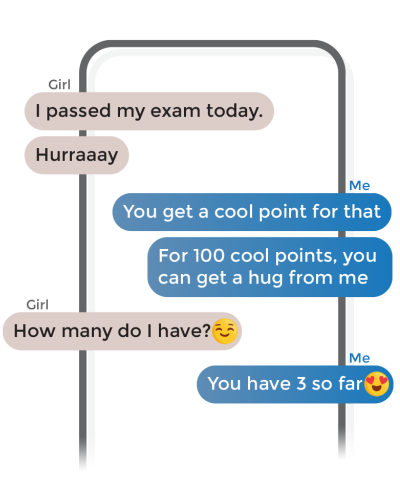 Make her miss you

It may seem counterintuitive, but if you scheduled the date with her 4-5 days ahead in time, you could actually increase her attraction by ghosting her 1 or 2 days.

The psychology behind this phenomenon is that with ghosting, you display high value. It’s because only very successful guys prioritize their time for the goals they want to achieve over a girl they like. Additionally, if you constantly cling on to a girl for days, you can easily come off as needy or desperate that has a terrible effect on your perceived attractiveness.

Make her excited about you

If you want to avoid girls canceling dates, you have to provide enough value to the conversation to keep them excited about you. Attractive values can mean a lot of things, like:

You have made some mistakes prior in the conversation

Women’s attraction works in an entirely different way than guys’. While men are primarily attracted to female physical qualities, women also find attractive behavior and high social status appealing. This is the root cause of the fact that women’s level of interest is deeply aligned with their emotions. And this is why their feelings can change very quickly about you. 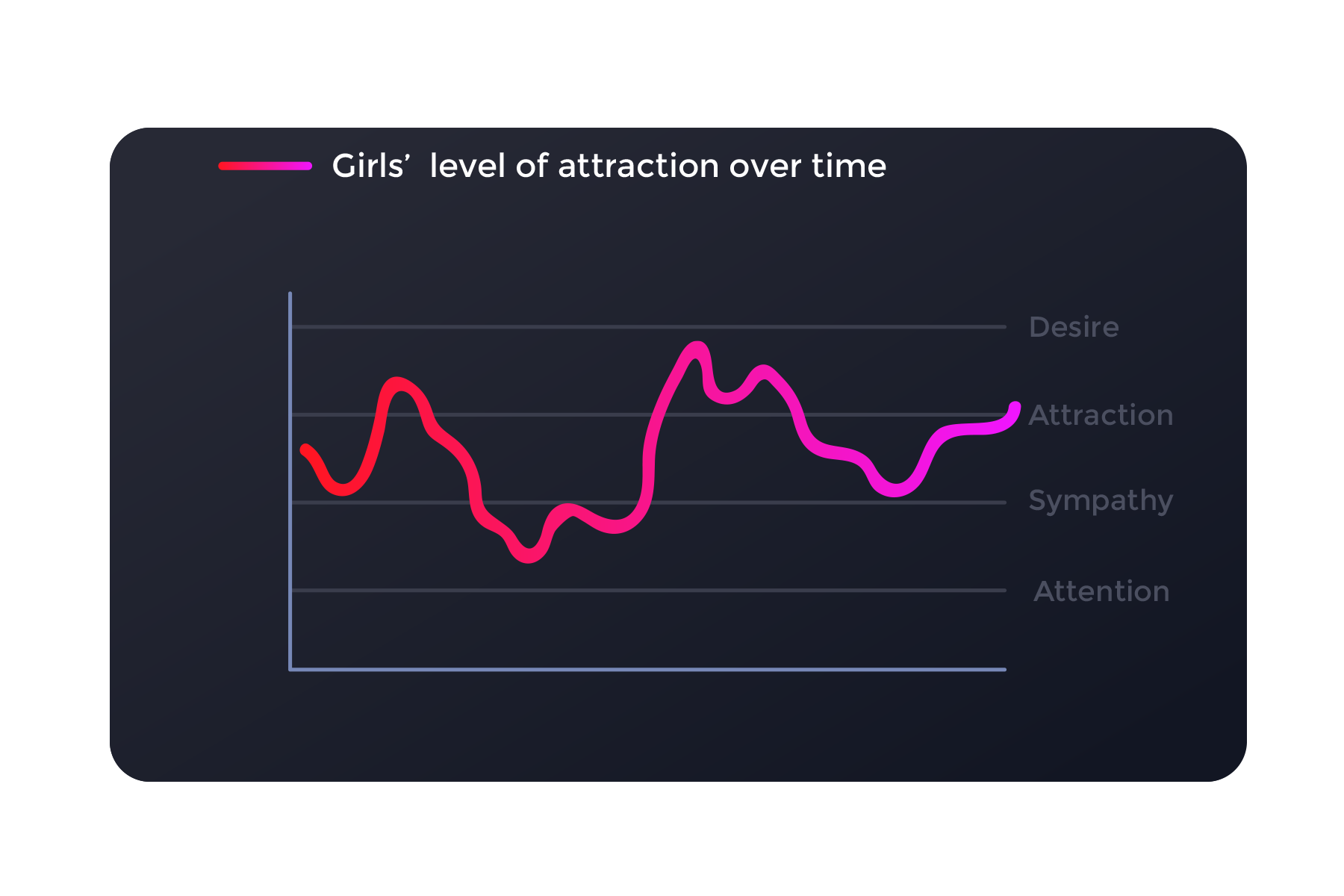 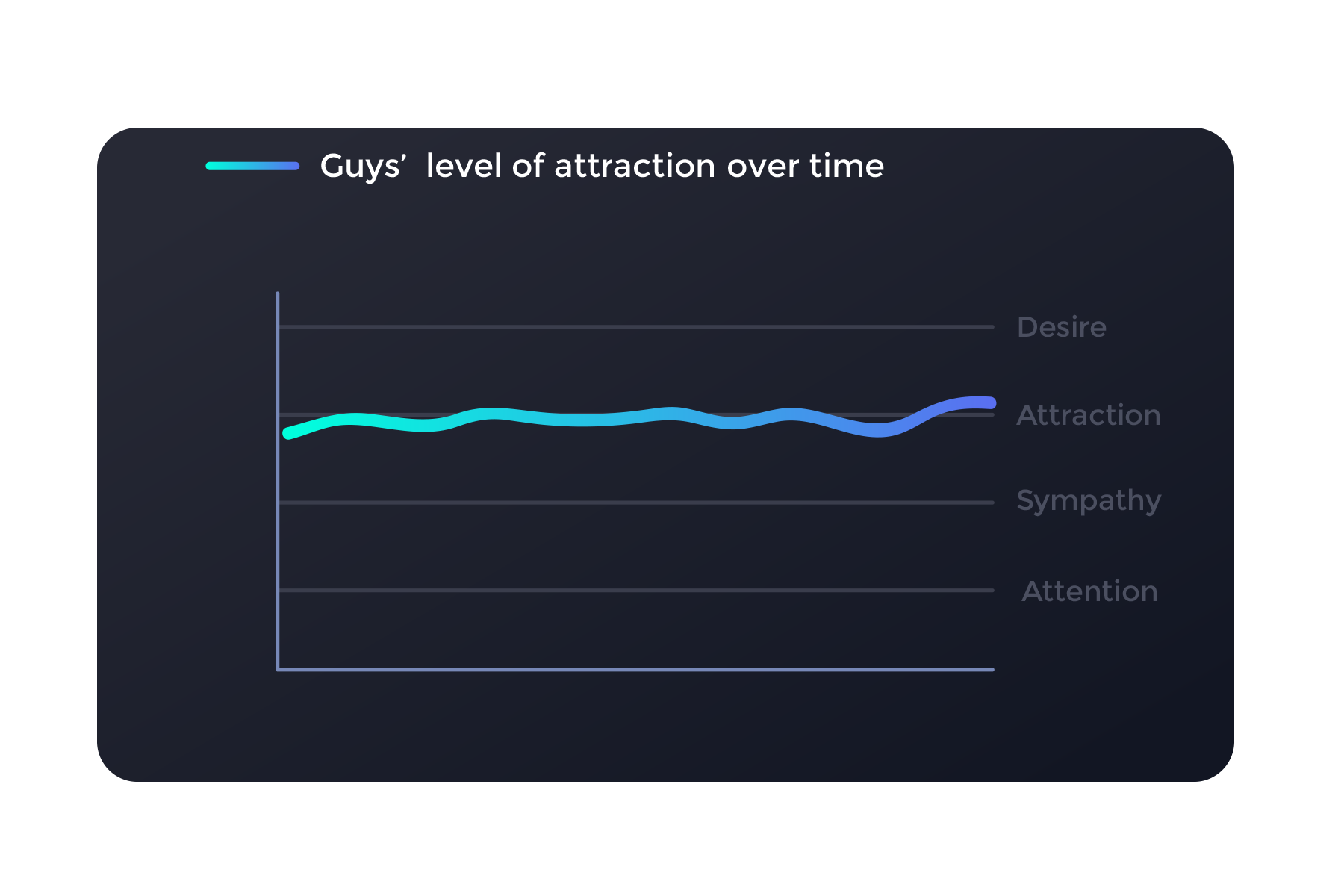 Showing unattractive behavior and signs of low status are the easiest and quickest way to lose a girl.

How to avoid common mistakes that cause the girl to cancel the date?

Here are a few examples of messages that signal women a low status or a low-status mindset that causes unattractive behavior. This list is not comprehensive at all. There are literally thousands of messages that can cause a loss of attraction, but I hope you get the idea from these:

If you ask whether she likes you or not, you give up all your power and authority because she will get to decide what will happen to you and her.

Does it mean you have to be arrogant?

Of course not! Be nice, but acting like she is already into you makes you more confident and attractive at the same time.

This is a tough one because I also tell guys all the time to be honest with girls even if they might lose them by doing so.

But there is a fine line between honesty and telling women unattractive things about you that will ruin your chances in the long run. Be honest, but say what you want to say in a way that makes you more appealing; or at least doesn’t destroy your attractiveness. 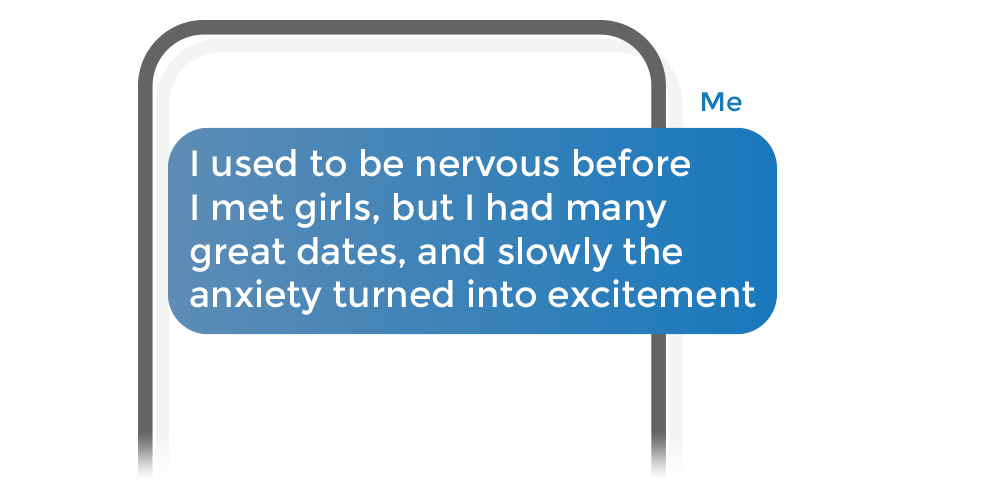 One of the most apparent signs of a loser mentality is negativism. Everyone is mad or frustrated sometimes, so it’s perfectly okay to be honest about it. But the guy who throws a tantrum every time things don’t work out the way he wants signals weakness to women.

Most women quickly get rid of the negative people simply because they don’t want to get in touch with negative feelings.

Women find high social status very appealing in men. And one aspect of it is wealth. The one problem with showing off with your money, physique, popularity, etc. is the intention itself.

This is reverse psychology, and I don’t want to get into the details, but here’s a simple process of why bragging turns women off:

A guy brags about X →

genuinely attractive guys never brag because they don’t have to →

If he doesn’t think he’s attractive, why would I date him?

This process is so automatic that it virtually takes less than a second for women to get uninterested in this guy.

She has a better potential dating partner

So, girls cancel dates because they are not as interested in you the way they used to be. One reason for that is you had made a few mistakes before or after you asked her out.

But maybe you did nothing wrong. All that happened is that the girl found a better prospect (or prospects) for a date, and she became more interested in him than in you.

It happens all the time in the online dating world. Sometimes it occurs to me as well: I start a conversation with someone, but later I find hotter and more engaging women, so I stop texting her.

While it’s good to accept that there will always be hotter guys in the dating pool than you. Sometimes you can do nothing about it when a guy steals the girl from you. Still, you can increase your chances to keep women’s interests by developing yourself, your dating profile, and improving your texting skills.

How to become the best prospect for a date?

If you want to maximize your chances to date a particular woman, make her attracted and keep this attraction until the date. You can do this by:

But sometimes, a charming texting style and attractive behavior aren’t sufficient to keep women interested, so many of them will cancel the date. That’s why uploading the best photos and maintaining a great dating profile is essential. 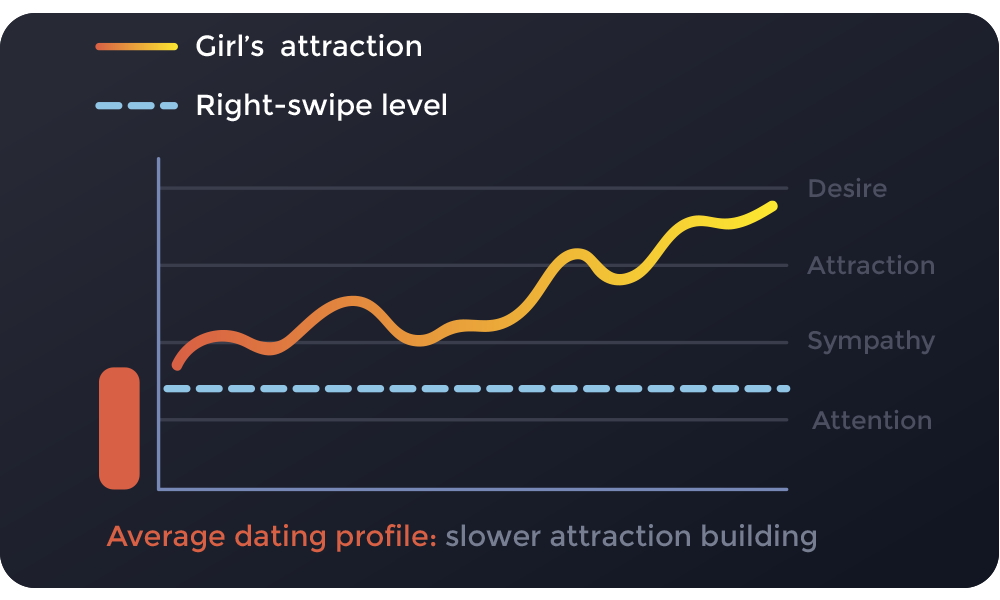 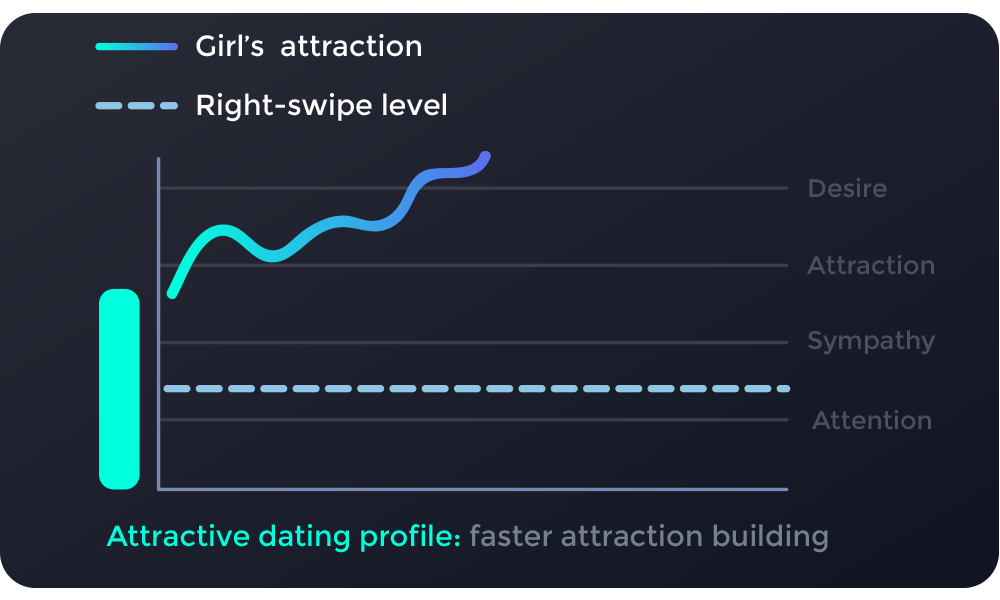 If you want your photos to be outstanding on Tinder (or other similar apps), first of all, they should look professional. I preferably use a DSLR camera for taking photos of myself. I highly recommend you to hire a professional photographer for an hour to shoot some pictures of you.

Besides photo quality, you can have excellent images on your dating profile by 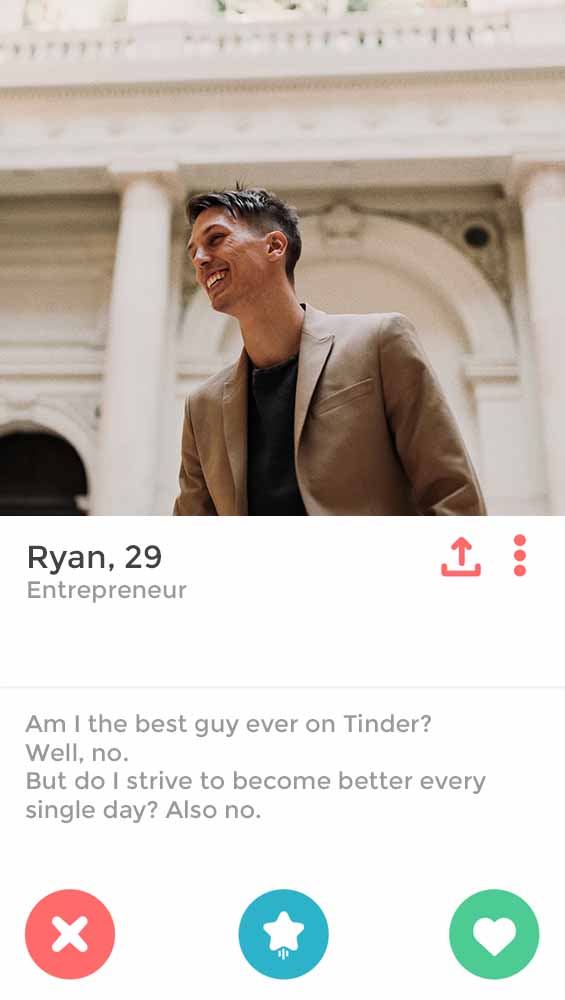 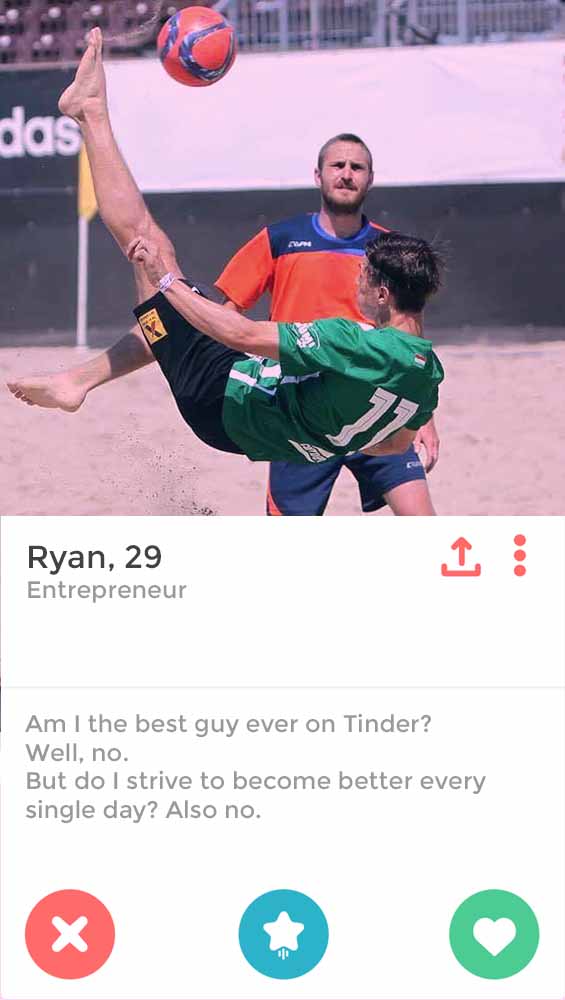 What to say to a girl who cancels the date?

Respect the girl’s decision, be understanding, but get her interested in you again and ask her out later. Women usually cancel dates because they don’t feel motivated enough to go out with you. Since women’s decisions are based on emotions, convincing them with logical reasoning usually fails.

When a woman cancels the date and doesn’t mention any other time for the hangout, assume she isn’t interested in you enough. There are exceptions, but this is the general rule.

If you persistently try to convince her, it causes an opposite effect because you may come off as desperate.

The excellent way to handle the cancellation is to stay calm and funny and to convince her in a non-pushy, lighthearted way: 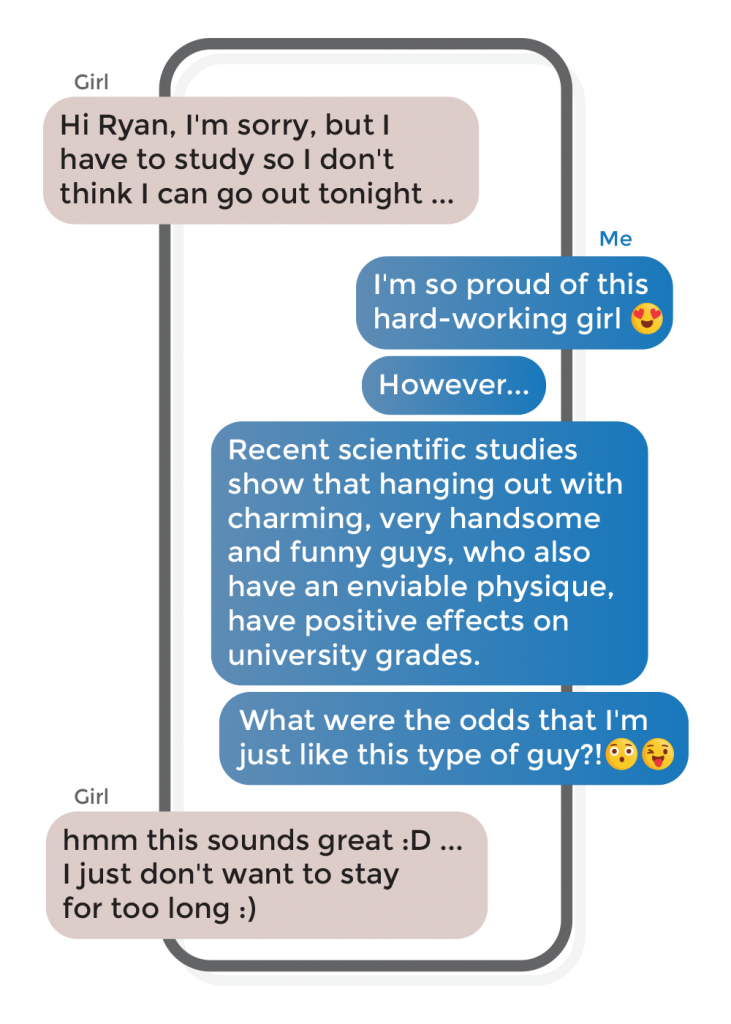 What to do if a girl flakes on you?

When a girl flakes on you, respect her decision, change the topic, and add more value to the conversation to increase your chances of dating her. Engage her with a great interaction to get her to an emotional state to have better opportunities to ask her out successfully.

What does it mean when a girl is flaky?

A girl is flaky if she cancels dates, doesn’t show up at the meeting, or stops talking to guys for no particular reason. A flaky girl makes relationship and date decisions based mostly on her actual feelings; therefore, she often changes her mind.

← Prev: How to Flirt with a Girl over Text: 7 Expert Techniques Next: How to Text a Random Girl (with examples for every situation) →