Why Do Girls Reject You – TOP reasons and solutions 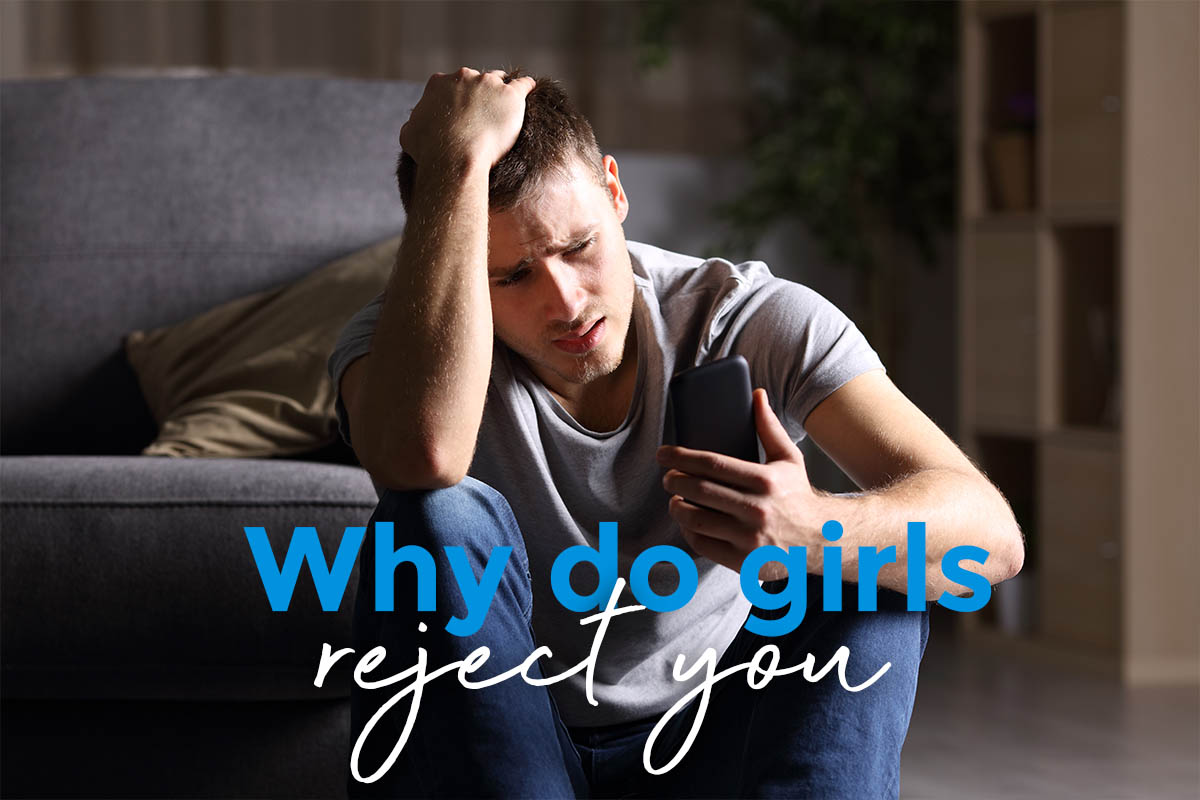 If you don’t really know why do girls reject you, here, in this blog post, you will learn the most common reasons and find out the best actions to overcome rejections.

Why do girls reject you?

Of course, there are literally thousands of reasons why girls reject you, but over my years of talking to guys, I stumble upon these things over and over again.

Sometimes it takes only a slight adjustment in your behavior or your style. But sometimes, you have to work hard and learn a bunch of new things to level up your game. I was in the same shoes as many other men who struggle to attract women they find hot, but when I learned how the “matrix” works, it became much easier to navigate in the dating pool.

So, without further ado, here are the reasons why do girls reject you.

Why do girls reject you?

You don’t get the most out of your appearance

We have been evolved to make judgments about a stranger’s status and inner character based upon just his or her appearance. That’s why style is a critical element of nonverbal communication.

The way you dress might not mean much to you, but other people will read volumes about you from your choice of garments. Especially women, who often assume clothing is a physical representation of someone’s personality or mood. Girls can easily reject you if your style is a little bit off, or your clothes doesn’t fit. However, if there is a silver bullet when it comes to attracting women, style would be the main ingredient.

A few quick tips on improving your style:

When I talk about value, status, and quality, it often makes guys squint because these concepts aren’t tangible; you can’t touch them. They operate on a deeper level of consciousness.

Yet, value is a simple concept:

The higher reproductive value you provide, the more appealing you become to the other sex.

For men, a high reproductive value on women is primarily their looks. Appearance is the key indicator of health, aging, and genes. Guys are subconsciously attracted to those women who can pass good genes on to their children. This topic is much more complicated, and men have a bunch of other qualities they find attractive in women, but you get the point.

For women, attraction is completely different. Like men, they also appreciate good looks, but the difference is that they need guys who can provide them with emotional/physical security and provisioning for the long term. Women are hard-wired to seek and find qualities in men that indicate that they have the power to fulfill their biological needs. Here are the most important qualities women are attracted to: 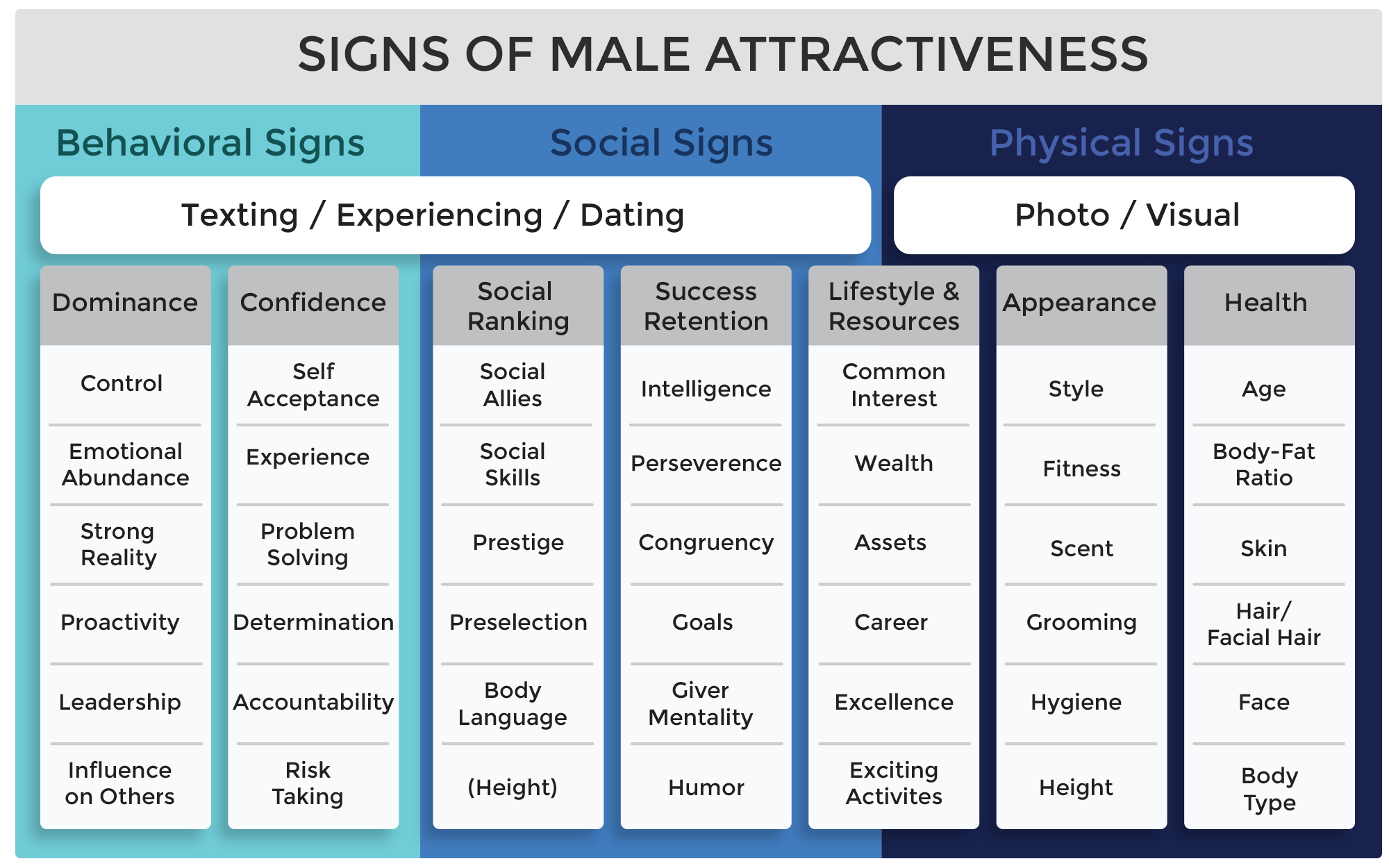 You always run after girls

The higher your status is, the more likely women will be attracted to you. However, even very hot-looking, intelligent, funny guys screw things with women when they become needy.

Neediness is the number one reason why women reject decent guys.

There is a subtle sign that every women seek when they evaluate a guy’s overall status and attractiveness from his behavior. This is the power position. Plain and simple, the more powerful you seem, the more attractive you become.

The problem with most men is that they want women or a particular girl so bad that they are willing to do almost anything for her. This is the position of powerlessness.

If you approach girls with a weak mindset that you have to do whatever it takes to get them, you show multiple negative qualities about yourself.

While on the contrary, attractive guys approach girls with an abundant mindset. They don’t mind if a girl rejects them because they have an abundance of women. These men can find another girl in just a few hours. The ultimate power is when a guy knows that a girl cannot control him by his emotions (neediness, frustration). Once a female friend of mine said:

Girls won’t acknowledge this, but they want an unshakable rock

You have a weak body language

It’s the beauty of human nature that our bodies tell many things about how we feel at the moment. We are evolved so that we constantly adjust our thoughts and feelings to our perceived status in different situations.

Women are turned on by high-status men, while weak guys make them feel pity. Chances are, women are turned off by your soft body language. Your goal is to always display high status with your body, so keep in mind these principles:

Taking up a little extra physical space dominates a vast psychological space. This shows her you’re confident, comfortable in your own skin and aren’t intimidated by your environment.

Crossed arms generally makes you appear closed off and unapproachable.

Look her in the eye

Eye contact is a sure telltale sign of status. It will show your comfort level and perception towards people you encounter. Can you feel comfortable, let alone attracted to someone who’s eyes are darting back and forth? On the other hand, when you meet someone who maintains strong eye contact the whole time, you can feel their confidence and make an immediate connection.

Don't play with your hands

Ideally, you’re keeping your hands casually in front of your body, but don’t clasp them together like you’re at church or fiddle about like you’re in trouble. That all makes you seem nervous and untrustworthy.

High status individuals tend to move slowly and with a sense of purpose. Exactly what you do with your body is less important than how you do it. A man of high status is as relaxed with strangers in a social setting as he is hanging out with his buddies in his own living room. He doesn’t fidget, show nervous ticks or make quick and jerky movements.

A lot of guys come to me and say that they have nothing interesting to tell women.

Well, this can be an issue, but there are phases in my life when I do a bunch of boring stuff; yet I can have a meaningful and fun conversation with girls.

Look, women need many clues to find out more about your personality. That’s why you should always be engaging because otherwise you can easily be rejected by women. Here are the most critical steps to become entertaining and a great company in conversations:

Dig deeper instead of asking questions that only require one or two-word answers. Since this girl may tend to dislike small talk, ask her questions that will help you get to know her better. With this technique, you allow her to talk about herself. Ask things like: "So, why'd you decide to come to this school?", "How do you get up so early to work out every day?"

“If you were working in a circus, what kind of artist would you be?”

“If you had a superpower, what would it be and why?”

“If you could choose something worth living for, what would it be?”

“Have you done anything you could have been arrested for?”

“Would you rather be with a rich guy or a great lover?”

“If you had only one week left in your life, what would you do?”

“Should a guy be a good dancer or a good kisser?”

“If I were Genie and you had three wishes, what would they be?”

women love detailed language. It comes in handy, especially in the online space, where you don't have those communication tools like in real life. Use many adjectives that refer to certain emotions like "exciting", "surprising", "shocking".

Don't ask the same things other guys ask. For example, don't ask her about her day. Ask her about things she is interested in, or pose questions that add a playful vibe to the conversation. I.e., "A guy should be a good kisser or a good dancer?"

Don't take her to date programs she always attends. Go to an arcade room, play games with her, go to stargazing, etc. I have 20 unique date ideas in the 10X Dating Pack.

Being funny can literally make a girl always think about you. However, good feelings are more than just about funny things. When you play a game with a girl, dive into exciting topics or ask her interesting questions, she can have a good time during a conversation.

Have goals and passions

Women respect those guys who have ambitions. This is not only highly attractive, but it provides you a ton of conversation topics too.

You don’t stand out

“I got this one, Ryan! I just have to express how much I like her and care for her.” – someone replied to me at one of my consultations.

Look, a somewhat attractive girl has dozens if not hundreds of desperate guys waiting for her and willing to do almost everything she wants. If you are a pleaser, you become the same as everybody else.

Instead, you should stand out in those aspects that are closely tied together with love and sexual affection. For example:

Beautiful women are approached constantly by men, so often, it quickly becomes challenging to differentiate yourself in the dating pool even if you look particularly great.

However, a clever technique makes you look more like a high-status guy:

Women can be turned on incredibly when they meet a guy with high standards because only high-status guys can afford to turn down beautiful girls if they don’t meet their expectations.

Women use qualification methods all day, every day on guys. They ask a bunch of questions like:

“So, are you talking to other girls too on Tinder?”

Deep inside, girls crave men that are the selectors, and they want to be good enough for them. Obviously, you don’t have to overact to seem like someone you are not, but qualifying questions are great tools to generate attraction if you use them sparingly.

Qualification can really be any point when you have her interest but take a step back and ask pointed questions to make sure you’re not wasting your time and she meets your standards. Again, women notice everything. They will be pleasantly surprised to see you evaluate and test them the way they do you and not just rush to “hook up” with any willing female. It allows you to take a step back and get her to put in the effort and attract you. 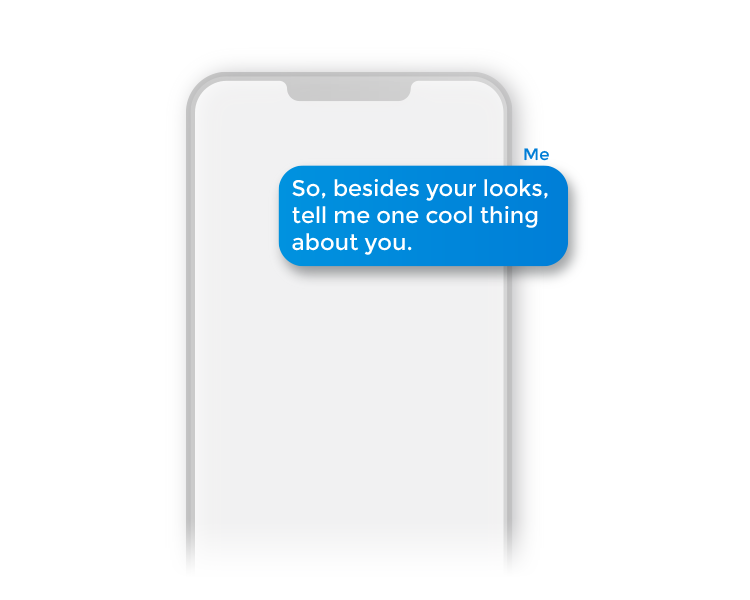 You must act confidently from the beginning because if you don't, this technique will come off as ingenuine and weird that will lead to rejection.

Most guys lose their patience after they see a girl is acting a little cold. Because they don’t want to screw things up, they do whatever it takes to get more intimate with her.

And this is what turns women off.

In many cases, women need more time to open up to guys because they need trust and comfort, and it usually takes time for them to find out if you are worth hanging out with.

Women often appear uninterested even if they are already attracted to you because they test you at least on two different things.

Be patient and make moves on her at her pace. If she feels uncomfortable when you touch her hand, she probably won’t be thrilled if you try to kiss her. Always look for signs of attraction; they show you how far you can go.

I hope you found some useful answers about why do girls reject you. If you want to dig deeper in the psychology and techniques to get better at dating and online dating, I recommend you the 10X Dating Pack: 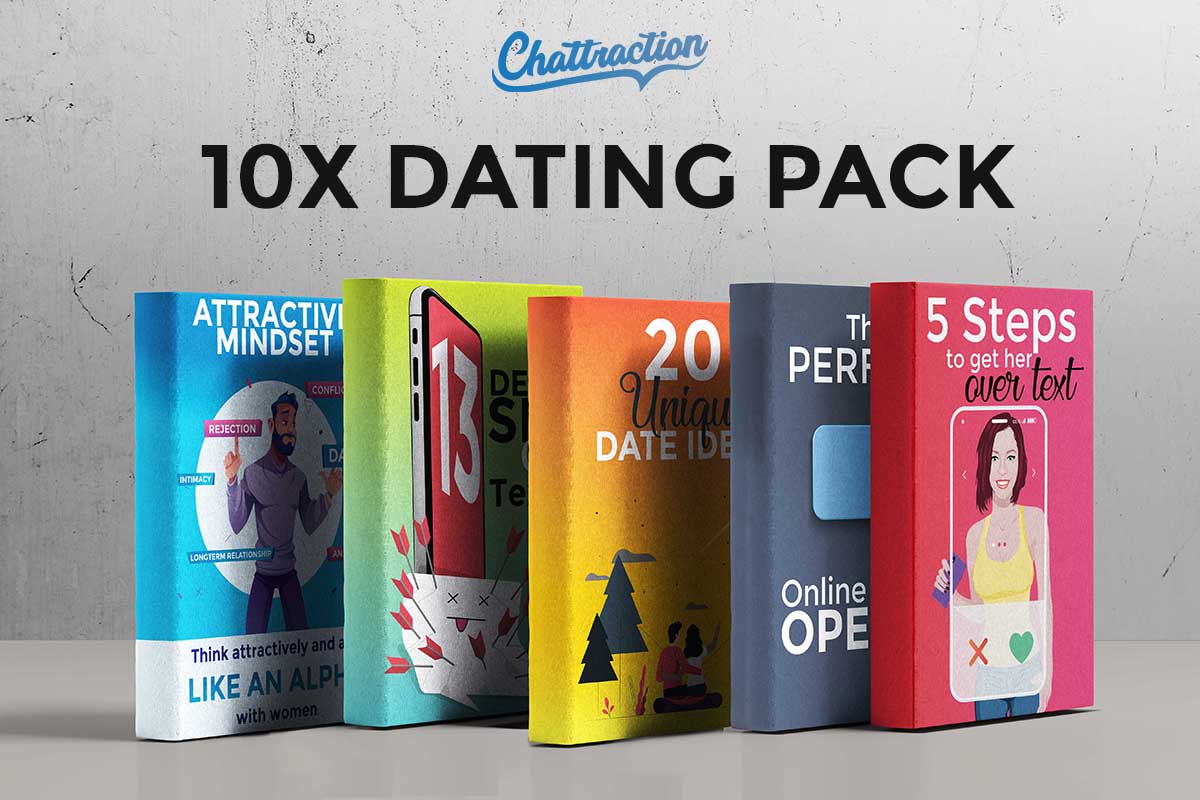 ← Prev: How to Ask a Girl for a Second Date - don't skip these steps Next: Not Getting Laid? - 8 tips to get frequent sex →